How To Strengthen Weak Gums Naturally At Home?

Gingivitis is known to be a mild type of gum disease. It is one of the most common causes of bleeding gums. Plaque, a slimy film composed of germs that accumulate on your teeth due to carbohydrates and sugars in your diet, develops when it stays on your teeth for too long. If it remains on your teeth for more than 24 hours, the plaque reacts with saliva and mineralizes to form a hard deposit called tartar or calculus. Over time tartar accumulates on your teeth and gums.

When this happens, it means you have gum disease (periodontitis). The good news is that if it's caught early, it's relatively easy to treat.

Bleeding gums and home remedies to keep the gums healthy

You may be experiencing bleeding gums if you feel a sensation of blood in your mouth after brushing your teeth. Bleeding gums are generally caused by gum disease, leading to tooth loss or an increased risk for heart disease. The best ways to avoid it are to practice good oral hygiene habits and schedule regular dental appointments.

Bleeding gums are a symptom of gingivitis, a condition that causes inflammation and irritation of the gum, leading to tooth loss. Home remedies can be used to treat weak gums and prevent them from getting worse. Prevention is the most effective way to manage bleeding gums because it can stop them from getting too bad. We will now consider some home remedies that work well for preventing bleeding gums that you should try today!

This home remedy for bleeding gums is simple and easy: you need to use an antiseptic mouthwash. Antiseptic mouthwashes help kill bacteria that cause gum diseases, reduce the swelling in your gums, and kill pain-causing viruses. The most common type of antiseptic mouthwashes are ones that contain chlorhexidine, which is considered safe by the FDA, but they can leave a tart or bitter taste in your mouth. It would be best if you brushed your teeth after using it to get rid of its taste. If you are suffering from serious cases of bad breath, then rinse with an antiseptic mouthwash twice daily. 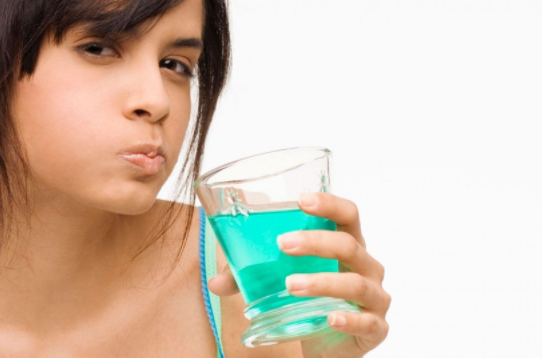 It has been used for a long period of time as a traditional remedy for different conditions and injuries. It is known to be an excellent antiseptic and anti-inflammatory agent that can naturally heal your wounds and treat oral infections such as swollen, inflamed gums. Chamomile also contains apigenin, which has — according to research — antibacterial properties that help relieve pain caused by inflammation of the gums. This herb helps soothe bleeding gums and reduces swelling because it contains tannins which can reduce gum bleeding. You should drink one cup three times daily or chew on two to three tea bags twice daily after mealtimes. 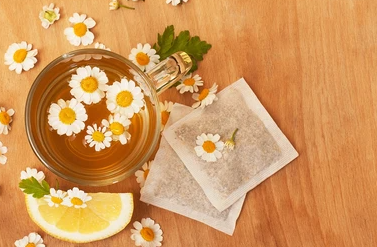 Clove oil is well-known for its antiseptic and antibacterial properties, making it one of the best natural remedies for swollen and inflamed gum tissues. It contains an essential oil called Eugenol that can reduce pain and stop bleeding in just a few minutes when applied directly on bleeding gums. Clove oil also helps prevent bacterial growth in your mouth and provides relief from symptoms such as toothache caused by swelling associated with infections in your gums. You need to put a few drops of pure clove oil on a cotton ball or swab and apply it to the sensitive areas directly. Leave it there for about five minutes, so it soothes the wounds. Do this three times daily for quick relief. You can also chew on a clove bud or two after meals to prevent further gum bleeding. 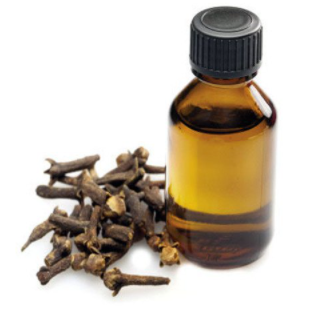 Aloe vera has been used as a conventional remedy for different skin problems, including mouth ulcers and swollen, inflamed gums. It contains antibacterial properties that help in eliminating the bacteria that cause gum infections. What's more, it reduces pain and inflammation due to its anti-inflammatory properties already known since ancient times. It would be best to apply pure aloe vera gel directly on your teeth using a clean cotton ball twice daily. Leave it there for a maximum of ten minutes before you start brushing your teeth because it needs to be washed off afterward.

Salt has been used as a remedy for different conditions, including gum disease and toothaches. Salt also contains antibacterial agents that can help in killing the bacteria causing your problems. Some research studies have shown that adding salt to your toothpaste can reduce plaque buildup around your teeth because it helps eliminate bacteria from your mouth. Baking soda is another widely used ingredient that has been known as a great antiseptic agent since ancient times. It helps disinfect your gums and prevents bleeding during brushing or flossing. You have to mix one teaspoon of baking soda with ½ teaspoon of table salt and make it into a fine paste using enough water. Apply this mixture to your teeth and gums before you start brushing or flossing. Leave it there for approximately three minutes, then rinse your mouth with water thoroughly.

Orange peel contains vitamin C, an antioxidant, and has antibacterial properties to protect against gum infections caused by bacteria in the mouth. It would help make a fine powder out of dried orange peels using a grater or food processor. Add a teaspoon of the powder to your regular toothpaste before brushing twice daily. The vitamin C found in orange peels helps prevent further damage due to its antioxidant properties and prevents inflammation associated with gum diseases. 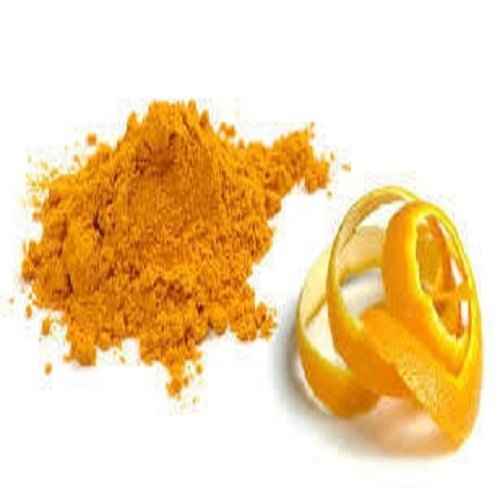 Celandine is a herb that contains an alkaloid called Chelidonin, which has anti-inflammatory properties to soothe inflamed tissues in your gums. There are various methods to extract juice from celandine. One way is by cutting off its leaves, make sure they are just wilted, and then press them with a spoon into a container. Cover the container and let it set overnight before collecting the juice that will have seeped out of the leaves. Rinse your mouth thoroughly using this fresh celandine juice once or twice daily for one week to reduce gum swelling and prevent further bleeding. You can also make another type of celandine paste by drying its leaves under sunlight. Once dried, grind the leaves into a fine powder, then mix it with water to make a paste. Apply this celandine mixture to your teeth and gums before you start brushing. Leave it there for about ten minutes, then rinse your mouth thoroughly.

Sage is useful in treating different conditions, including gum disease and bad breath, because its antibacterial properties help eliminate the bacteria in the mouth responsible for such problems. You can use fresh or dried sage leaves to prepare an infusion by pouring boiling water over about one teaspoon of crushed leaves. Let it steep for approximately five-six minutes and then strain it using a clean piece of cloth and let it cool down until lukewarm. Rinse your mouth with this sage infusion to remove bad breath and excess saliva. You can also use dried leaves to make tooth powder by grinding the leaves into a powder using a mortar and pestle. Add water until a thick paste, then brush your teeth with it twice daily for best results.

Rinse your mouth with peppermint oil

Peppermint oil has been used for many years to cure various health problems, including gum disease. It contains menthol with strong antibacterial properties to kill the bacteria in the mouth responsible for gum infections and inflammation-causing plaque buildup around the gums. Prepare an infusion of dried or fresh peppermint leaves following the steps mentioned above about making an infusion of sage leaves. Let the infusion cool down and pour it into a clean bowl. Soak a piece of cotton ball in this liquid and apply it on your gums for about ten minutes. Add at least one or two drops of peppermint oil to your regular toothpaste before brushing twice daily for up to one week or until symptoms improve, whichever comes first. 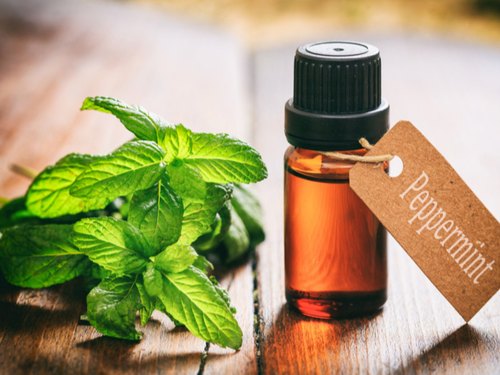 Use salt water to rinse your mouth

Rinse your mouth with saltwater. It is a good home remedy to treat swollen, inflamed gum tissues caused by chronic cases of gum disease. Salt has antibacterial properties that help eliminate the harmful bacteria found in the mouth responsible for causing gum diseases. Mix thoroughly one teaspoon of salt and baking soda with tepid water, then use this mixture to rinse your mouth. Then brush your teeth with regular toothpaste. Make sure that you don't swallow the mixture because it will increase the sodium levels in your blood, which is dangerous for people with high blood pressure.

Floss regularly to prevent plaque buildup around the gums

Plaque buildup on teeth will lead to inflammation of the gum tissues when bacteria found in these deposits multiply and invade surrounding tissues. Plaque can also harden into tartar if you leave it untreated, which causes more serious problems associated with gum disease like tooth loss, persistent bad breath, and bleeding gums. This is why flossing becomes important to keep harmful bacteria away from the gums and remove plaque/tartar buildup on teeth. It will also help remove any food particles and excess saliva found between the gums and the teeth. Flossing not only gets rid of such matter but can also massage your gums to improve blood circulation, stimulate the production of new tissues and fight gum infections. 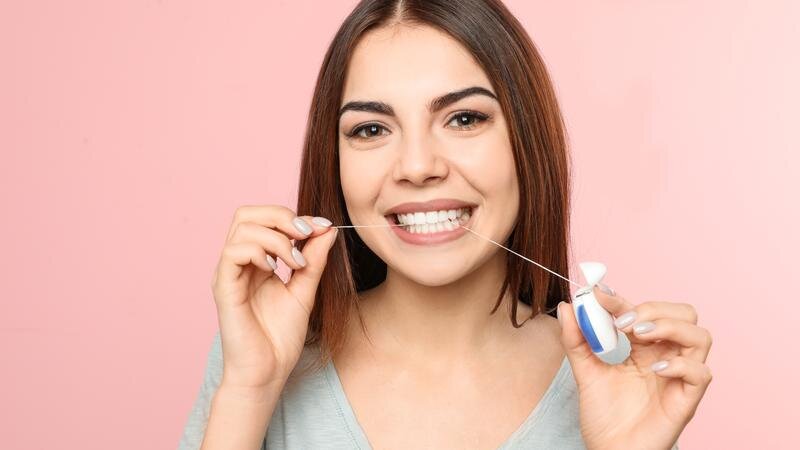 What Home Remedies Can and Can't Do

Change your diet and consider more vitamins and minerals. One of the remedies for this is lemons, which are naturally antibacterial—drinking plenty of water to remove toxins from your body. You can also help with your gum health by brushing 2-3 times a day and flossing every day.

Home remedies cannot change your genetics, so if you have any hereditary conditions, these treatments won't help you there. They may not always do what they're intended to do. Some people react badly to certain home remedies that usually work for other people, so just because it's natural doesn't mean it will work for everyone. And finally, some home remedies can cause side effects like headaches or nausea in addition to their intended effects.

There are many home remedies to treat weak gums. The first remedy is that you should stop smoking and drinking alcohol as much as possible. Another option is that chewing sugarless gum for a few minutes after every meal helps stimulate saliva production, which can help with tooth decay prevention by neutralizing acid in your mouth. A third way to go about treating weak gums is trying oil pulling, which means swishing coconut or sesame oil around your mouth then spitting it out before brushing your teeth twice daily for at least ten days. Three ways seem like they could be helpful if someone has been struggling with their dental health lately!

Visit here to read more about how to treat weak gums? 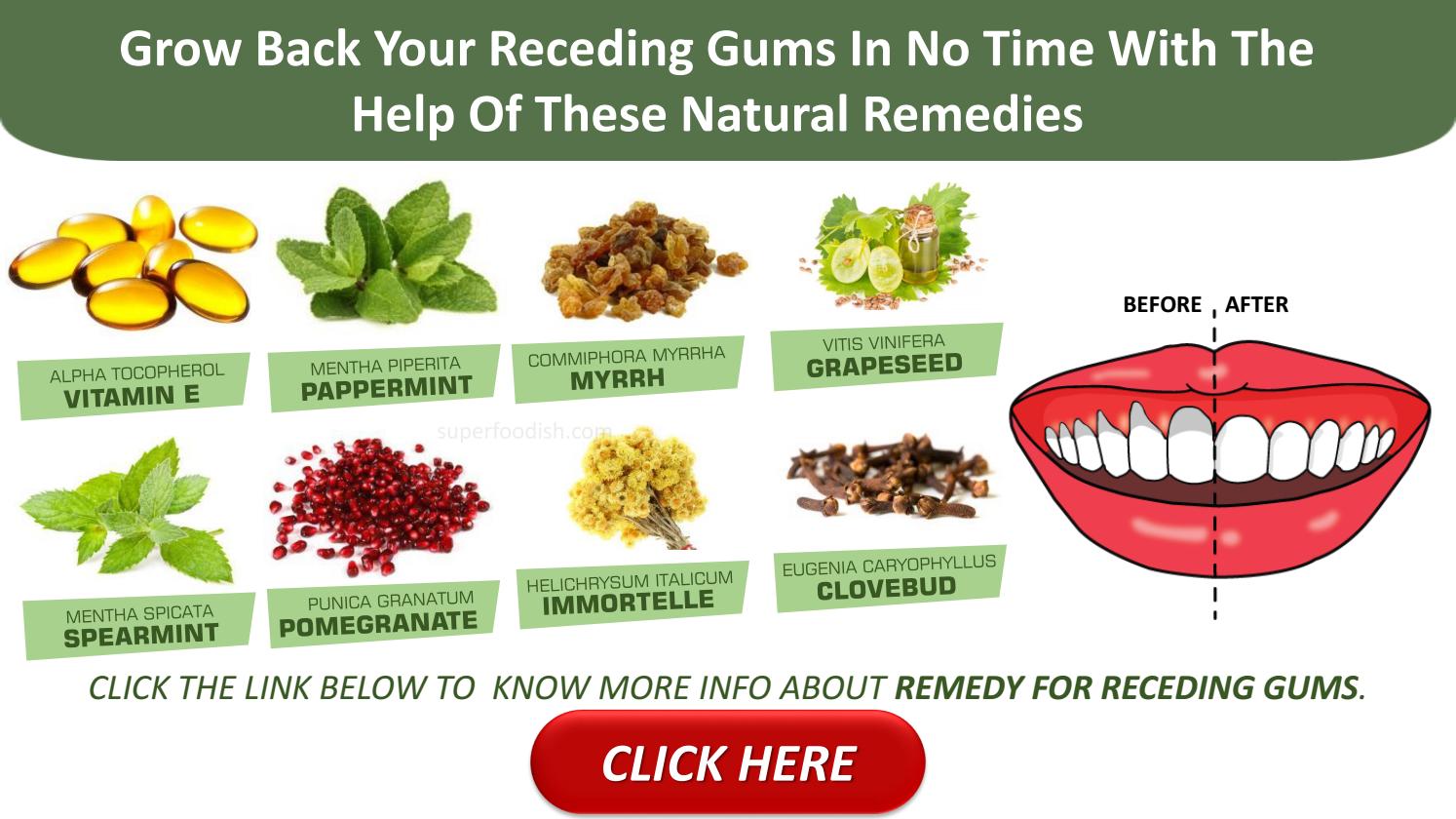